Well, I finished my mini art blowout for the Captain America Reverse Big Bang (they allowed submission of up to 3 pieces, and I did 3) and I should be writing apocafic furiously, but haven't been getting quite enough sleep lately so I don't think it's a happening thing tonight. I hear about people writing as a therapy for stress but I can't do that - I have to be in a reasonably good space to write, and not too tired. No more power outages but my internet connectivity's still crap.

The news from the USA is grim of course, so that's not helping. Can't help but wonder if there's some sort of Shock and Awe (well, Shock and Horror, anyway) tactic of Trump & co. attacking on multiple fronts bam bam bam with some notion of exhausting the democratic opposition. However, attributing any kind of organised strategy to The Pufferfish seems unwise.

Possum is doing okay, eating just enough although less overall than before, but he's active and cheerful. Here he is deigning to look at me mid-grooming. 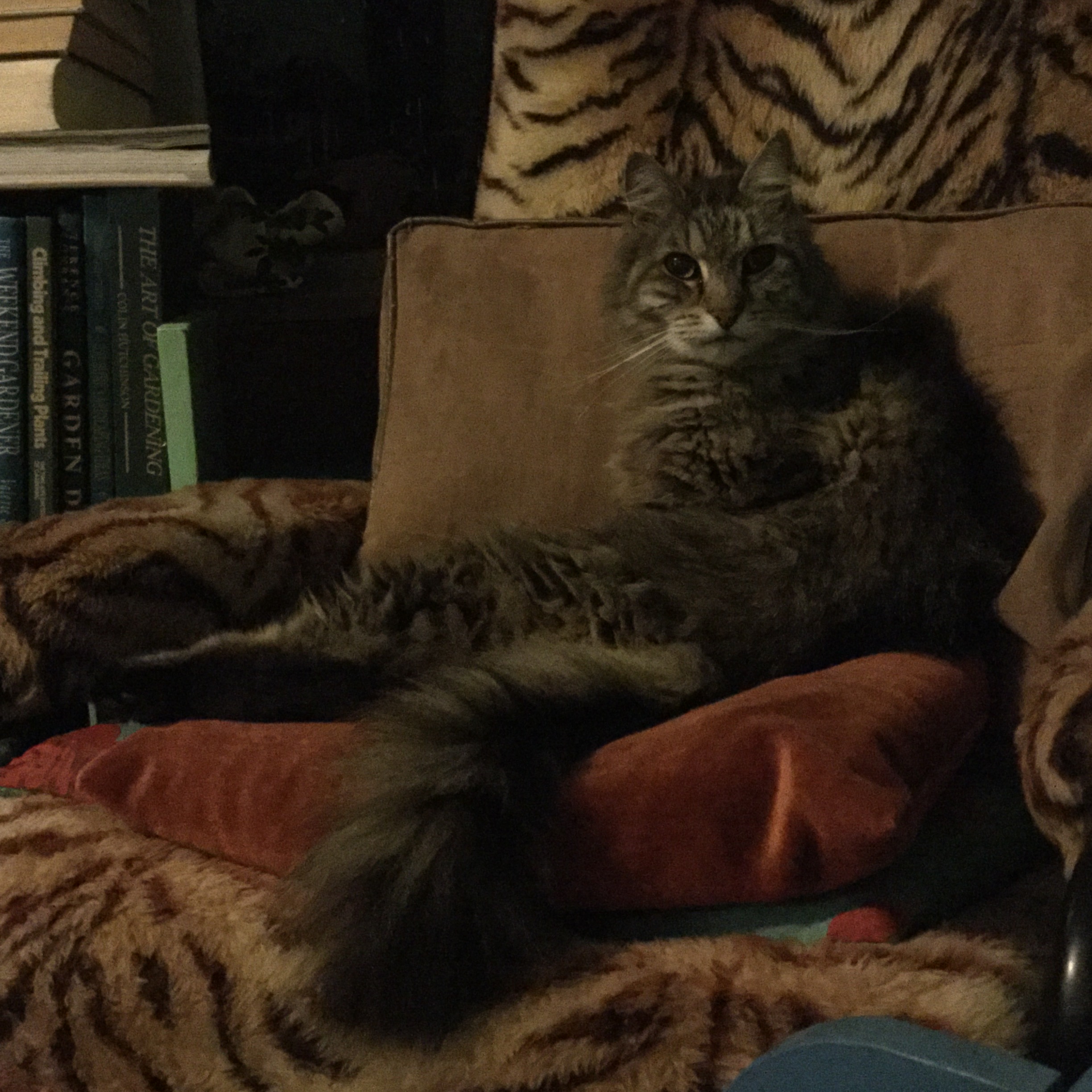 </br>
Oh, and I was able to gain points for my pub quiz team by knowing the colour of Spock's blood. I told them how I knew as well, giving rise to some hilarity - because

runpunkrun reblogs all this fanart on tumblr and you know it's not just Spock's cheeks the fanartists show flushing a delicate green . . . *G*
Collapse